“We have worked with Maryke Prinsloo for the past 15 years. As we have grown and evolved, what I have valued most about our relationship is that Maryke know us and our business.”

1999 – As a BLC LLB (5 years of study) graduate of the then called (UP) University of Pretoria now called Tswane, I literally badgered my Principal Riaan Jacobs Attorney until he conceded to appointing me (a woman). His firm is still situated in Middelburg and he taught me law you seldom get the chance of practicing. I did a full 2 (TWO) year article contract with him (even though you could opt for less at the time) was admitted as an attorney in 1999. Riaan Jacobs gave me exposure to the very best of legal experience. I recall having the first ever order granted in the then Middelburg Magistrates Court in respect of an application for an order for arrest “tamquam suspectus de fuga”. Riaan Jacobs also exposed me to Anton Piller orders and the huge success he had as a criminal law and civil law attorney impacted my career immensely.

In this regard I wish to take the time to say to all graduates: “seek articles with a small firm as you will be exposed to all aspects of practice!”

I received the Right to appear in the High Court of South Africa in 2000.

In 2002 I qualified as a conveyancer and was subsequently admitted as a conveyancer and became a partner in a law firm. This was my first position as both a conveyancer (registration of transfer of property specialist) and litigation (court) attorney and we acted on behalf of various institutions including the Polokwane Municipality as Myburgh & Prinsloo Attorneys which were originally Dewald Myburgh Attorney. I loved Dewald Myburgh’s practical approach to the law and his down to earth manner in dealing with issues and people alike. He had an “open door” policy while sporting a great sense of humour like no other.

I knew then already that I will have a practice one day that will be for all and of the highest standard that is and remain committed to learning but practical in its application.

Over the years I accumulated substantial experience in Civil and Criminal Litigation (court), Contractual Law as well as specialised Conveyancing and immovable property law. Having acted on behalf of Parastatals (municipalities, Eskom Finance Company and the like) , Local Governments Private and Commercial Banks in my very first practices, I continue to do so today.
2006 – 2011 I built Dykes van Heerden KZN. After 5 years I decided I wanted to be specialised and concentrate on the law. In 2011 I qualified and was admitted as a Notary Public and started lecturing due to the motivation of John Christie of J Leslie Smith & Co. I now have been lecturing part time at UKZN for LEAD assisting John since 2011 in Conveyancing aspects and notarial aspects.
My interests expanded further in order to specialize in Commercial Law and Sectional Title Law . I joined Barkers Attorneys in La Lucia Ridge and Amanzimtoti and with Subsequently with the blessing, support and encouragement of Barkers Attorneys and in particular Dean Fonseca and Chris Finlay, Maryke Prinsloo Attorney was launched on 1 July 2012 as Barkers Attorneys alerted me to the need in Amanzimtoti and the south coast for a specialized practitioner and specialist attorney in sectional title law, law of contract, divorce and property which hey Identified.
I have mainly been practicing as a sole practitioner and now took on a long terms vision which includes Willem Grobler and we are proud to announce that we share the same vision, culture, mission and work ethic.
Exceeding the expectation of our clients at every interface in applying knowledge in practice through service excellence.
We hold a perfect score in the matters we take one and therefore we are selective.
We launched the MPA Real Estate Academy offering support and training to agents, property practitioners, the public, support staff in law firms and companies as well as colleagues, body corporates, trustees and managing agents.

Achieved a H Dip UNISA in Administration of Estates in 2018. 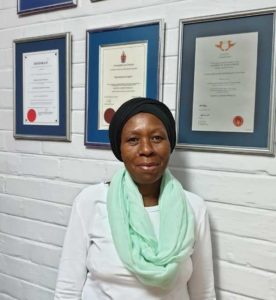 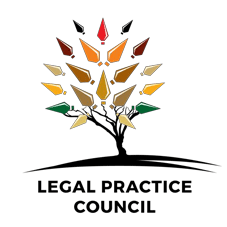 We work as a team and give our clients the highest quality advice possible.